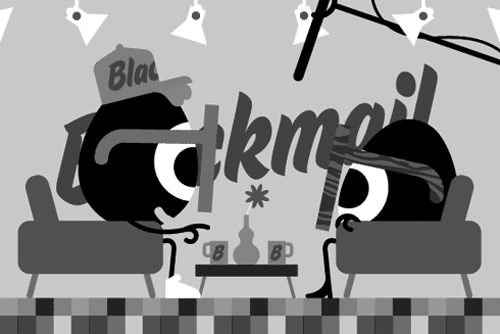 Launching in 2009, The Blackmail began as a partnership between Creative Director Tristan Ceddia and Digital Director Gabriel Knowles. Coming from backgrounds in publishing and with strong ties to the cream of Australian influencers, comprising publishers, galleries, designers, artists, musicians and fashion, The Blackmail was placed in an enviable position with unrivalled access to Australian-based popular sub-culture.

With the aim of exposing this information to the world, an online magazine was devised, featuring ten articles and visual essays a month, delivered via email, to a growing network of subscribers. With this unique approach, The Blackmail was able to create a cultural hub, offering a fresh perspective on the Australian creative scene, appealing primarily to thought leaders and influential minds.

With a strong focus on pairing contributors from varying disciplines, The Blackmail ran more than 200 features over 24 months. This format has now been archived in its original form.

After two years of monthly issues came a format refresh and a move into print with The Blackmail Offline Issue #1. Released in December 2012, the Offline model mirrors The Blackmail's original philosophy, amassing contributions from a selection of Australia’s most influential creatives in a novella. Acting as a cultural time capsule for The Blackmail’s discerning audience, Offline reflects The Blackmail’s community and their interests in a preserved, physical form, representing and blending creativity in the form of features, articles, interviews, short stories, photo essays, illustrations and artist submissions, with a continued focus on pairing contributors from inter-related disciplines.